The Samsung Galaxy S3 is a fast, and innovative phone, but how does it stack up in terms of user functionality with other phones in the crowded smart phone market?

I’m lucky. Too lucky you might say, where I was the lucky winner of a Galaxy SIII. The morning I saw an email from SamsungNZ declaring me a winner it felt like Christmas had arrived early. After one month of painstakingly waiting for the phone to arrive, it came! I’ve now had the phone for 2 months and I hope below gives a good and open opinion of my thoughts on the Galaxy SIII and helps in your potential decision in buying one.

In my time of using this phone, I’ve kept it on stock rom. Normally this would drive me mad (I rooted and custom Rom’d my Galaxy S I9000 the day I got it), but after 2-3 weeks using  stock, I’ve been using MIUI launcher, instead of the default. This has generally kept me  happy.

The first thing you really notice about the phone is just how good the screen really is. The phone features a 720 x 1280 pixel screen at 4.8 inches. This is currently the largest screen on a smart phone other than the Galaxy Note. For me this is the best looking screen I’ve ever seen on a phone. I compared it with a friends HTC OneX, and to me, it just looked better.

Probably the thing I like most about the touch screen is how it feels to use. The gorilla glass is curved with the edging around the phone. I’ve never seen this on a phone before, but it definitly adds to the user experience. I’d recommend getting your hands on a SIII to see what I mean.

Below is a short video I did trying to show how video looked on the phone, and also what it’s like to use with MIUI Launcher.

The back speaker on the SIII is loud but also sounds good. I’ve come from a Galaxy S, which to me sounds alright, but in comparasion, the SIII blows it out of the park. The first time I put music on using the SIII at full volume I was stunned at just how loud it was. If you’re someone who makes use of the back speaker on a phone, the SIII is my recommendation…Unless of couse you’re one of those people who plays rap on their phone speaker in public, in which case, please go do something useful for society…

Speed
Finally a phone that the facebook app doesn’t completely lag on. But in all seriousness the phone is quick and features a Quad-core 1.4 GHz Cortex-A9 CPU. There are enough benchmark reviews out there so I won’t add to it. Nothing more to say here other than the phone is smooth and runs android well.

Camera
I’ve been extremely impressed with the 8MP camera, and have used it quite a lot. There are a few features Samsung are quite proud of such as the ability to take a burst of 20 photos and you pick the best one, or the ability to take a photo while recording in 1080P at the same time. For me though, I love the panorama feature. It’s quick and easy and the stitching of the photo happens within a couple of seconds. Unfortunately it’s not 100% perfect, but I think it still does a great job. I’ve got a couple examples here and here. 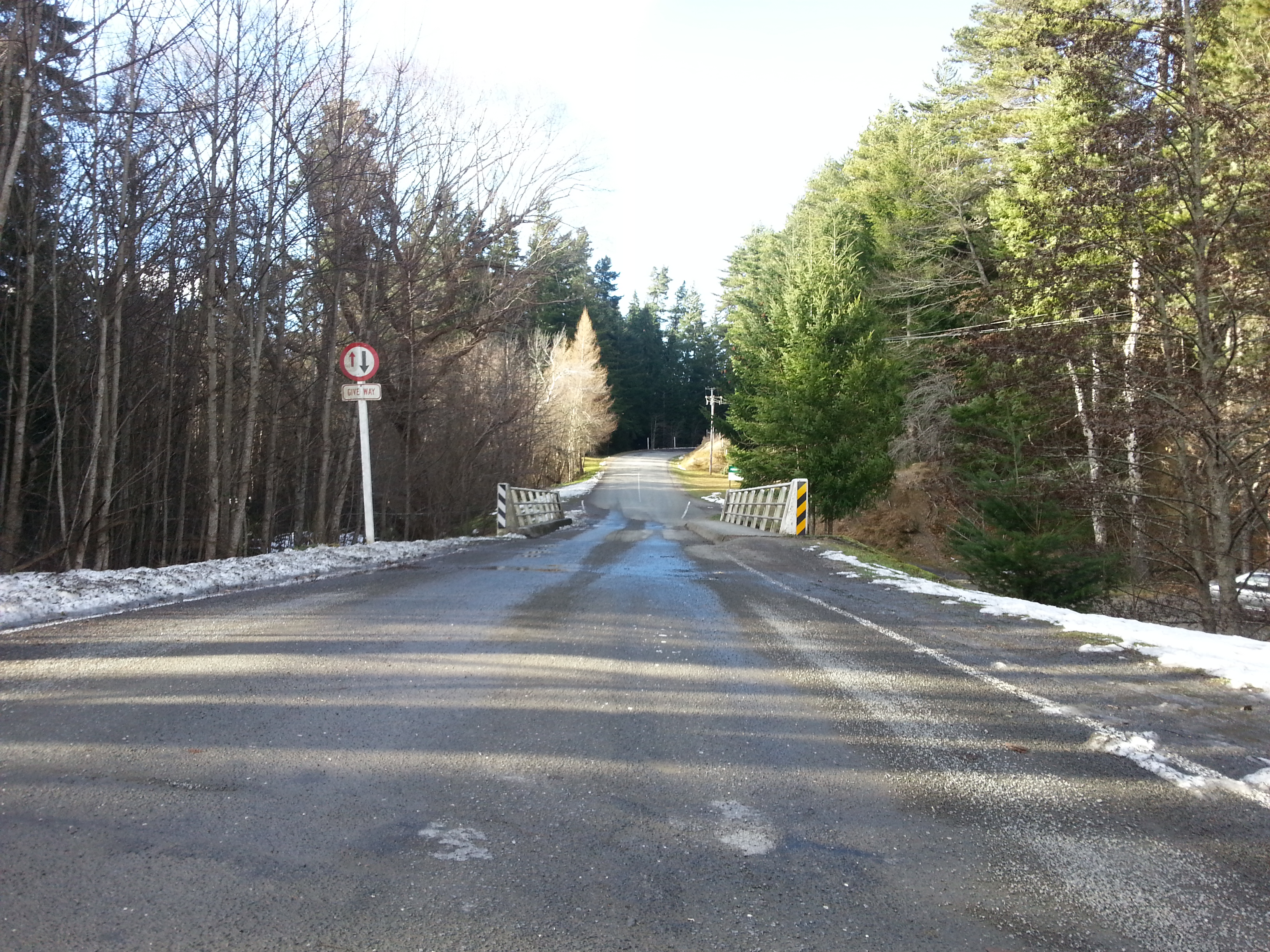 Shot taken using the SIII. Click the image to see the original.

Battery Life
For a smart phone, I think the battery life is generally pretty good. My Galaxy S needed charging every night and I wouldn’t get more than a day and a half out of it with general usage (with wifi and 3G data on). I always charge my SIII every night, but I have gotten at least two days out of it with some life still in it. Maybe I’m pedantic with worrying about being halfway through the day and my phone dies, but I don’t find it a hassle to charge my phone every night. If I was to turn data, wifi, 3G, and GPS off + limit the phone brightness, I could probably get several days out of it.

Music player
As do most smart phone users these days, I use mine for listening to my music. The default android music app has changed a bit over the years, and I’ve often been inclined to download a different music app such as Poweramp than use the default. Admittedly I think Android has gotten better when it comes to its default music app, but I still think it has a long way to go. Regardless I decided to stick with the stock music app and try and get used to it.

One feature I quite liked, which I’m not 100% sure is on other Android 4.0 ICS phones is music squares. Music Squares basically lets you listen to your music on shuffle but based on a certain mood. I can’t say how well it works, but depending on the mood or genre of music I chose, I did enjoy what I listened to (hey it is my music…). Still think it’s a cool thing to have there.

2 year free 50GB storage on Dropbox
This is actually awesome. I never thought I’d use dropbox, but this is extremely handy. Basically you can choose folders on your phone that are monitored for new content, in this case my photo gallery folder, and as soon as I take a photo, it gets uploaded to my dropbox account. From there the content gets synchronized across my choice of devices that have dropbox installed. You can also change it so it only uploads when in reach of wifi. I love it because it means I don’t have to get out a usb cable to download photos off my phone, and I really don’t have to worry about running out of space. If you’ve never used dropbox, I’d really suggest having a look at it.

Some of these things really will be a matter of opinion, and with some I’m probably being slightly pedantic, but regardless I’ve added them for you to make your mind up about the phone.

The home button
I can’t stand it. I really can’t. I find it too small and hard to hit. It seems like something silly to comment on, but it’s something that has really frustrated me. In my opinion it needs to be bigger, and more like the home button on the S, or the SII.

There’s also a very frustrating issue issue related to the home button which I eventually managed to fix. I found with using the home button, I’d have to tap it twice a lot of the time for it to actually go back to the home screen. I found this incredibly annoying as I would hit the home button, and wait, and then it didn’t do anything till I hit it again. Quite possibly a bug and it was a hard thing to google. Basically it was related to S Voice. S Voice is Samsung’s Siri clone which I’ll get to later. To use it, you double tap your home button and it brings up S Voice. I think there must be an issue where if you tap it once, it sits there and waits for you to potentially tap it again thinking you may want to open up S Voice. I solved this double tap issue simply by opening S Voice, going into settings and then turning off the option to open S Voice via double tap. I found after doing this the phone feels a lot more responsive when using the home button because it’s not sitting there waiting for a potential extra tap for S Voice.

The accidental touch
For a while this is something I found quite frustrating. What I mean by the accidental touch is where you’re trying to do something on your phone, and without realising it you have a finger or a thumb on the outer edge of the phone that then just touches say the top right corner of the screen affecting what you might be in the middle of doing. Another example is you’re trying to take a photo with the camera app, and you accidentally hit the back button while with another finger trying to tap the screen to take a photo. Maybe this is a minor thing, but it’s something I’ve never noticed or had an issue with on any other phones. I think this just comes with having a larger phone, which can sometimes be difficult to hold and also how the screen goes right to the edge.

Minor things
– Stock Samsung keyboard in my opinion is rubbish. The predictive/autocorrect keyboard really isn’t that great. All I know is I came from several different 2.3 and 4.0 roms on the Galaxy S which had a different keyboard that I was far quicker on.
– The phone is sleek and a beautiful design, but for a while I always got worried when putting it in my pocket as it felt like it was going to slip past and end up dropping it on the ground (which has never happened).
– In my opinion S Voice isn’t that great. Maybe I just didn’t give it enough time, but I tried things like “find the closest starbucks” and it would come back saying it didn’t understand (voice to text worked correctly though).
– I don’t always see notifications. The light flashes randomly. My S1 would flash the softkeys if I had a txt or notification. If I bothered to spend some time on this, I probably could get it how I want, whether or not that be with some other app, but I have found the notification light quite annoying. This has especially been the case when trying to get to sleep, and then the light would start flashing (which admittedly is really bright) and keep me awake.

The SIII is a brilliant phone, arguably the best right now in the market, but had I not won mine, would I get one?

Probably not, and this is purely comes down to one thing. The value I place in a phone, and the amount I’m willing to spend on one. I’ve generally kept to the idea of not spending more than $600NZ on a phone (as at 19 Aug 2012, the cheapest you can get an SIII is $889 in NZ). Everyone treats money with different value, and for phones near that price range, I’d consider it best for value for money.

I have one more thing I need to admit. Most of this review I wrote several weeks ago and I’ve only just found the time to finish it. I’ve actually gotten rid of my S3 and traded it for an SII + some money. There’s only one reason I did this. For the last 2 1/2 months I’ve been having issues with RSI and OOS. Basically after a few minutes of typing and other activities I’d been getting extremely sore hands. I’m a lot better now, but it made things pretty difficult in using the SIII. If you’re someone who has issues with RSI etc, I would not recommend the SIII, or any large smart phone for that matter. I would get sore hands using the S3, as I found it just that little bit too wide, and also found it difficult holding it between my index finger and thumb from the top to the bottom of the phone. I’ve been finding the SII a lot better, even though it’s not that much smaller, for me it’s about the perfect size for a smart phone. I also have large hands, so don’t see how people with small hands can look at getting something like the SIII.

I hope this has been an enjoyable read and helpful if you’ve been considering getting an S3!

More photos of my SIII here.