This is my review and notes of Chapter 2 of “Implementing Cisco Switched Networks Foundation Learning Guide”.

Chapter is a pretty good refresher for a lot of things around VLANs. Having not used Cisco switches for a while, the show commands are a pretty helpful reminder of some available commands other vendors may not have. The chapter also somewhat applies some of the models discussed in chapter 1 in terms of the VLAN implementation around PPDIOO.

Later the chapter covers Private VLANs and EtherChannel. Personally felt the Private VLAN explanation was too confusing and instead resorted to an explanation from How to Master CCNP Switch.

End to End VLAN
– Each VLAN spans the network geographically.
– Users are grouped into each VLAN regardless of physical location
– As users move througout the campus, the VLAN membership of that user remains the same (probably through 802.1x)
– Users are typically associated with a given VLAN for network management reason hence why they are kept in the same VLAN.
→ Switches typically use VTP in server/client mode.

Local VLAN – Choice for Campus Enterprise Architechture.
– VLANs are configured for each floor or building
→ In other words, local VLANs are created with physical boundries in mind rather than the job function of the user.
– Generally local VLANs exist between the access and distribution levels.
– Traffic is routed at Distribution and Core to reach other destinations on the network.
– Usual reccommendation is max of 3 VLANs per access layer switch.
→ VTP configured in transparent mode as no vlans should be advertised to other switches, nor need to be created on any other switches.

=> A network that consists of entirely locla VLANs can benefit from increased convergence times offered via routing protocols, instead of spanning-tree for layer 2 networks.

Switchport mode host
– This is a macro for enabling spanning-tree PortFast and disabling etherchannel on a per port basis.

VTP Modes and operation
Client
– Can’t create,change, or delete VLANs
– Forwards advertisements to other switches
– Synchronizes VLAN config with latest info received from other switches in management domain.
– Does not save VLAN config in NVRAM.

Transparent
– Creates, deletes, and modifies VLANs only from and on the local switch
– Fowards VTP advertisements received from other switches in same VTP domain.
– Saves VLAN config in NVRAM.

There’s a bit more to VTP such as importance of sequence number etc but this isn’t stuff I feel I personally need notes on.

VTP Pruning
– Probably one of the main advantages to using VTP.
– VTP pruning uses VLAN advertisements to determine when a trunk connection is flooding traffic over trunk links needlessly. By default, a trunk connection carries traffic for all VLANs in the VTP management domain.
– VTP pruning increases available bandwidth by restricting flooded traffic to those turnk links that the traffic must use to access the appropriate network devices.

VTP has 3 versions. Version 2 is most commonly used.

I found the implementing switch chapter pretty confusing on this subject, and instead looked at How to Master CCNP Switch. From the brief look I’ve had at this book, I think it’s pretty good, and avoids a lot of the waffle that you find in the Cisco press books. If I had more time before my exam, I would have liked to read this book in more detail. Anywho on to private VLANs!

A private VLAN is simply a vlan that has limited communication with other ports on the switch, depending on configuration.

Private VLANs can also be carried over 802.1Q trunk links. Configuration is basically the same on the other switch. You only need to add the vlans to the trunk link.

Isolated
Complete layer 2 separation from other ports within the same private VLAN, except promiscuous ports.

Promiscuous
– Can communicate with all ports within the private VLAN, including community and isoldate ports.
– Only part of 1 primary VLAN, but each promiscuous port can map to more than one secuary private VLAN.
– Promiscuous ports are generally router ports, backup or shared servers, or VLAN interfaces.

Community
– Community ports communicates among themselves and with their promiscuous ports.
– Isolated at layer 2 from other interfaces in other communities, or in isolated ports within their private VLAN.

Cisco Port Protect Feature
– Very simple version of private-vlans for lower end switches
– Traffic can only flow between a protected and unprotected port
– If two ports are port protected, they can not communicate with eachother.
EtherChannel – Pagp and LACP

Apologies if this section lacks more detail. It’s not an area I personally need many notes on.

Auto
– Default
– Passive state in which the ports respond to PagP packets that it receives but does not initiate PagP negotiation.

On
– Forces interface to channel without PagP
– Does not exchange PagP packets.
– Other side also needs to be configured with ‘on’.

Non-silent
– If a switch is connected to a PAgP capable partner, add this keyword on when configuring auto or desirable. If you do not specify this, silent is assumed. Silent is for connections to file servers or wireshark (why??)

So if doing PAgP, make sure to also add ‘non-silent’

On
– Forces interface to channel without PAgP or LACP.

Port priority – Same as above. Switch uses the port priority to decide which ports to put in standby mode when a hardware limitation prevents all compatible ports from aggregating.

Administrative key – As above, auto but can be manually done. Defines the capability of a port to aggregate with other ports e.g. physical port characterisitcs incl speed/duplex etc.

One thing people often get wrong when it comes to EtherChannel or aggregator links, is they think that because they have two 1gbit links in an aggregator, that they now have 2gbit of bandwidth for any of their traffic. This is only slightly true, as aggregators use a load balancing technique to ‘balance’ traffic over the two links. Depending on source/destination traffic that flows through the link, you may or may not maximise available bandwidth. See below on different balancing techniques.

This is my review and notes of Chapter 1 of “Implementing Cisco Switched Networks Foundation Learning Guide”.

Chapter 1 was incredibly boring to read. As per the covered summary below, the chapter was attempting to get the reader in the mind set of different models Cisco has created that can be used as a guideline when creating a network, whether large or medium, and in either a campus or enterprise network.

– Basically aggregates all the distribution layer switches together with the remainder of the enterprise network.
– Provides aggregation points with redundancy through fast convergence and HA.
– Designed to scale as the distribtuion and consequently the access layer scale with future growth.

Below is my notes from when reading the book. To be honest it all just sounds like a bunch of buzz words and personally don’t feel it was explained very well. Haven’t looked any further into it.

Network Infrastructure Layer
– Where all IT resources (servers/SANs etc) are interconnected across a converged network foundation.
– Represents how resources exist in different places in the network, e.g. branch, data center, WAN etc.

Plan
– Initial network requirements based on goals, facilities, user needs etc.
– Assessing current network and ensuring it will work with what is being proposed

Implement
– Network is built to design specs, with goal of integrating devices without disrupting existing network.

Operate
– Final test of the appropriateness of the design
– Involves maintaining network health through day to day operation.

Opimise
– Proactive management of the network
– Goal of this is to identify and resolve issues before they affect the organisation.
– Reactive fault detection and correction (Troubleshooting) is needed when proactive management can not predict and mitigate failures. 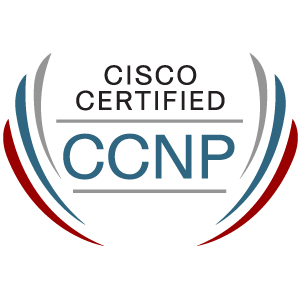 On the 20th January 2014 I am sitting the Cisco CCNP Switch Exam. For me this is the first of the 3 CCNP exams.

At the moment I’m pretty stressed out about this. I spent a large chuck of last year trying to study for this exam off and on, so I think I should be okay for it. For me, it’s a case of trying to remember all the stuff I’ve learnt at various points. If I don’t use something, I forget it, as do I imagine most people.

I work for Allied Telesis, which is probably considered a small to medium competitor to Cisco. The Allied Telesis switch operating system, AW+, is a very similar CLI to IOS (read industry standard CLI), which is a fantastic operating system, but I find it a double edge sword in terms of the Cisco exams. It’s great in terms of the fact that I was able to come from all the Cisco NetaCad courses and know how to use the Allied Telesis gear, but there are enough small differences that I’ll need to do a bit of labbing before my switch exam. Along with practicing all the Cisco proprietary features again (PVRST+, HSRP, VTP, DTP etc).

So what should you expect to see on my blog for the next couple of weeks?

I’m currently going through the “Implementing Cisco IP Switched Networks (SWITCH) Foundation Learning Guide” again as a refresher for the exam. Each day I’m hopefully going to post my notes from the book, along with a quick review of each chapter.

So what other material are you using for studying?

I’m lucky in the fact that work has a license for CBT Nuggets.

I’ve read this before when I sat my NetaCad Switch exam. I intend on reading this a day or two before the exam as a final refresher.

– How to master CCNP Switch

From what I’ve initially looked at, this book is great. It avoids the waffle Cisco Press books have, and explains things in the simplest form possible. I’m not sure how much of this book I’ll get the chance to read, but had I had more time before my exam, I would have quite liked to read this whole book.

Any other decent quick material I can get. I think at this point I need to find good labs I can practise.

So how do you intend on studying for this? How much study have you done so far?

2 years ago I did the Cisco CCNP Switch Netacad course and read the Foundation learning guide which I’m going to be blogging about. Last year I read the Official Cert Guide, purely because it was new material. I decided to reread the Foundation Learning Guide purely because it covers more topics that are in the exam. That and the fact that it is a Cisco Press book, so it should have what’s covered in the exam.

In terms of study so far? I actually only started studying 4 days ago. Other than that I hadn’t done any study for this exam for about 3 months. I could be crazy. I hope not. I really struggle to find time to study for this, as I’m generally doing routing at work, and find it hard to focus on two major topics at the same time. I’ve just had a week off work, and will have the week before the exam off work also. I’m hoping although this is a concentrated amount of time to study for an exam like this, that along with my previous knowledge, I’ll be able to cram enough for the exam.

What study have I done this week? I’ve read the first 3 chapters of the Foundation Learning Guide. My blog posts above will be my notes on the first 3 chapters. My goal is roughly 50 pages of the book a day, along with some CBT Nugget watching. I should finish all this a few days before the exam, in which I’ll do some labbing for a few days, and final review of material along with reading the Quick Reference Guide.