This is my first blog post in a while, but I *had* to write something, when I finally managed to solve an issue I’ve been having.

I use a tool called BGInfo, which provides basic information on a computer as part of the wallpaper. Such as below: 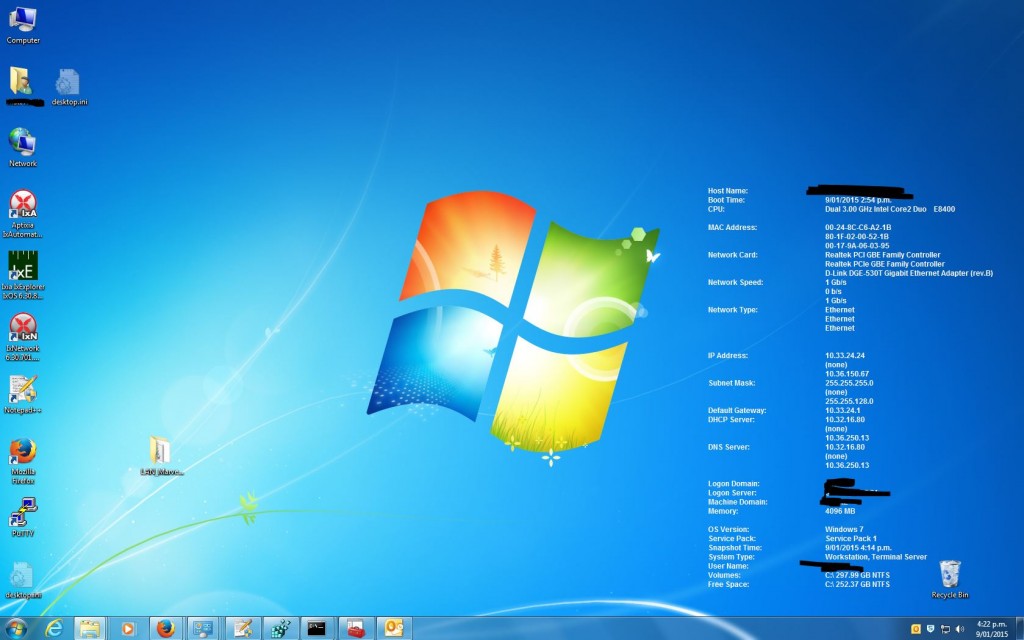 Recently I’d installed a NIC into the machine, only to find it was the wrong one. I removed the NIC, yet the history of the network card remained.

This was annoying, because I was getting statistics on something that wasn’t there.

To solve my problem, I had to use a tool called Devcon to remove hardware that no longer exits.

Initially, I downloaded Devcon from http://support.microsoft.com/kb/311272/

I was able to identify the device I wanted to remove.

After running the command:

Turns out, the reason I can’t remove is due to Devcon from that download not being from Windows 7, or for x64 bit OS.

I’m running Windows 7 x64, and the only way to get this file, is to download the WDK which is 600MB. This is ridiculous, since Devcon is only 100kb.

So, after some googling, I came across the x64 version here:

So thanks to that guy, I was able to: